We have 39 days to go as of the time I wrote this sentence. So far this week we have accomplished some critical things in the design process (Strategy, Conceptualization, and Prototyping). I will try to push out an update every Saturday night or Sunday for the coming weeks. Follow us on Twitter for the latest information. 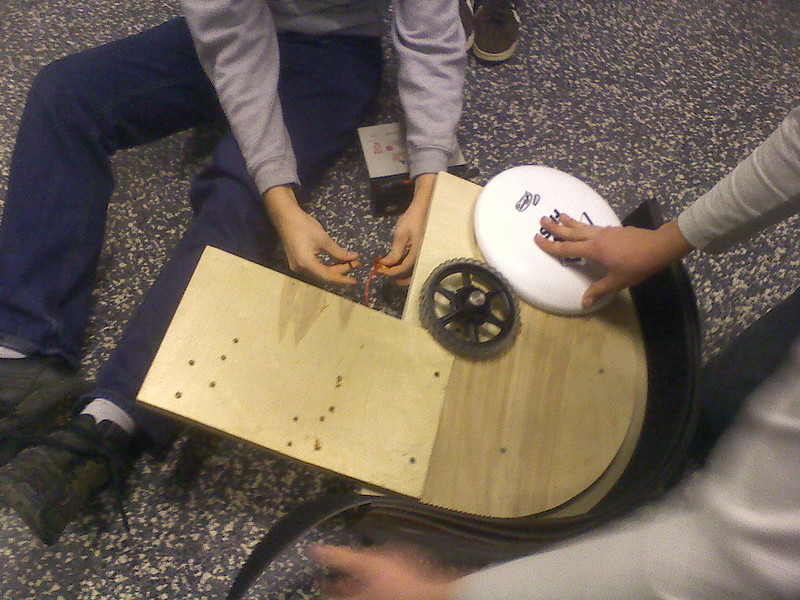 We started prototyping the shooter along with the climbing mechanisms and a defense strategy. The climbing mechanisms we were talking about consisted of a rocker bogie, much like the back set of wheels on the Mars rovers and shimming our way up the outside. We ruled out that idea, and are going with a much more simplistic idea that is going to be pretty cool. 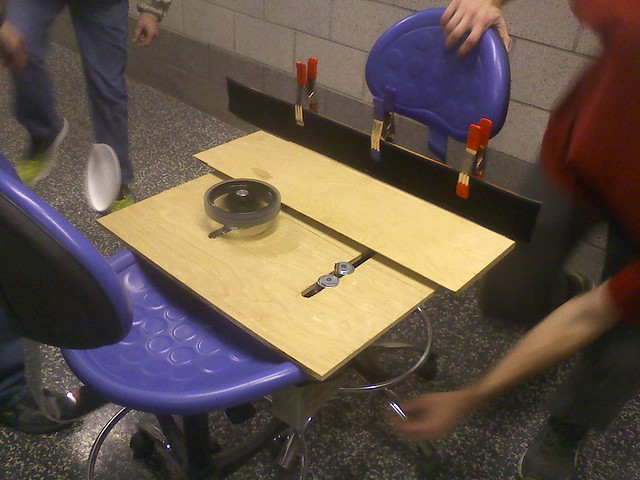 We took Tuesday off to let the Ames students study for finals. We continued on Wednesday by talking about drive trains and listing the pros and cons for each of the three we were looking at, that consisted of tank, [REDACTED], and [REDACTED]. When we finally picked the one that we are going with. During our business meeting, an Ames promotions guy came to talk to us about making “trinkets” and tattoos. We decided to not get the trinkets because they were too expensive, but we got 2,000 tattoos with the FIRST logo on them to be able to hand out at events. We also continued the work on prototyping the climbing mechanisms along with our defense mechanism and making a test practice board for the electronics team to get started. Some students also worked on the frisbee shooter as well. 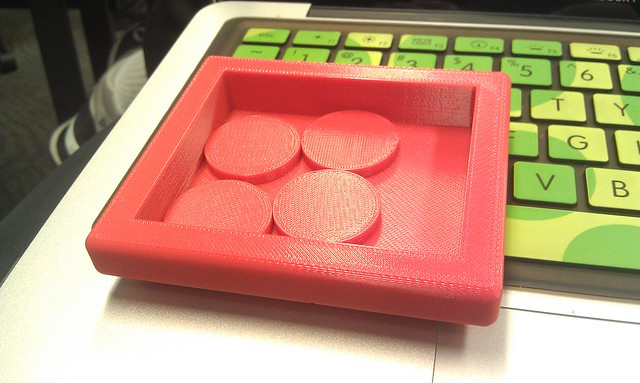 The team worked more on prototyping the shooter. The prototype chasis was printed for us with some frisbees as well. We also talked about applying for awards as well today.

We continued thinking about climbing strategies and managed to come up with 3 new ones, eventually coming to a consensus that Aren finally had bolted his head back on to come up with a brand new strategy where we wouldn’t be relying on our center of gravity (CG) to push us back into the pyramid. It was also way simpler then all of our over thought ideas.